540 reasons to field a celebration 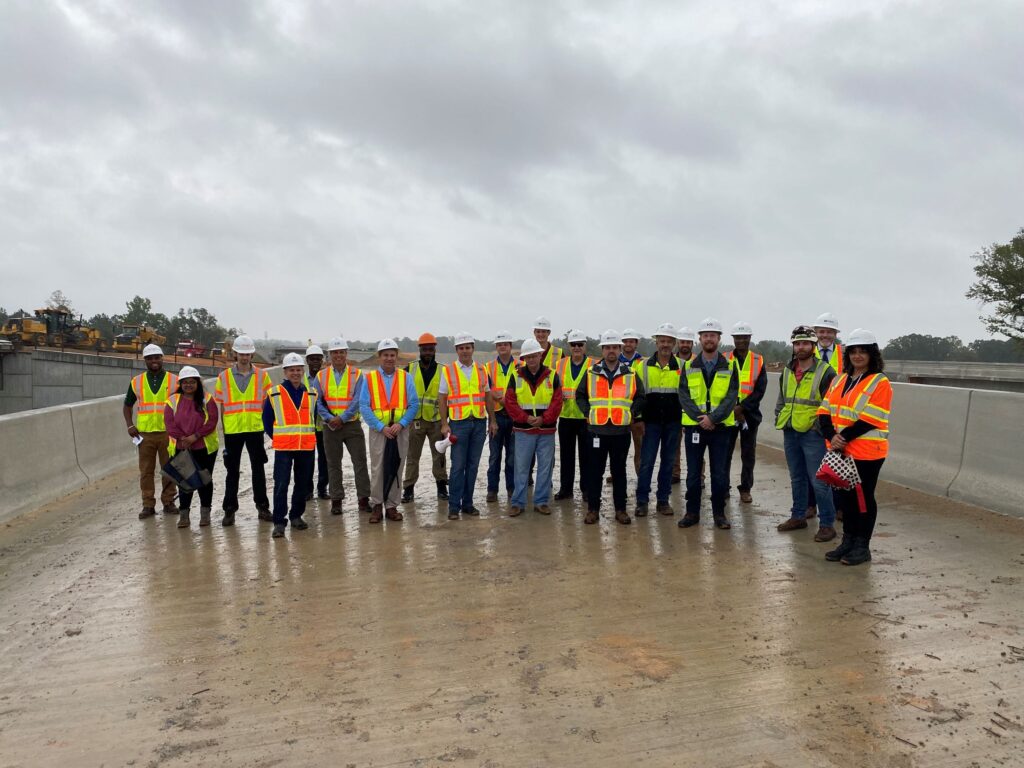 Today, Thursday, September 9, RTA was “in the field”, at the easternmost construction site of the Southern Wake 540 corridor.

Thanks to host WSP,  in concert with fellow RTA members Gannett Fleming, HDR, and Summit Design and Engineering, along with the NC Turnpike Authority, around 25 RTA members received an excellent — albeit wet — opportunity to view the fruits of the organization’s labor via a field visit to the future “turbine” interchange of 540, I-40, and US 70 freeway (future I-42).

RTA lobbied for more than a decade to ensure that our beltway would not go the way of other proposed roadways in growing metro areas that never made it to reality.

The construction of Southern Wake 540 represents the culmination of more than a decade of advocacy; connecting 540 with I-40 will complete the backbone of the Triangle’s regional freeway network and create an essential link between metropolitan and rural North Carolina.

The transformative potential of this project has only grown over the past several years due to:

The acceleration of 540 has enjoyed increasing anticipation from elected, business, and community leaders across multiple counties, as reflected by dozens of resolutions of support.

We are excited about the progress of 540, and look forward to the opening of Southern Wake 540, hopefully by 2023 — and to its accelerated connection and full completion of Eastern Wake 540 with I-87.

RTA is the voice of the regional business community on transportation in the Research Triangle area.
RTA represents more than 100 leading businesses and 25 member chambers of commerce in central and eastern North Carolina.