Regional Transportation Alliance > News > Blog > What to do about RDU funding

What to do about RDU funding 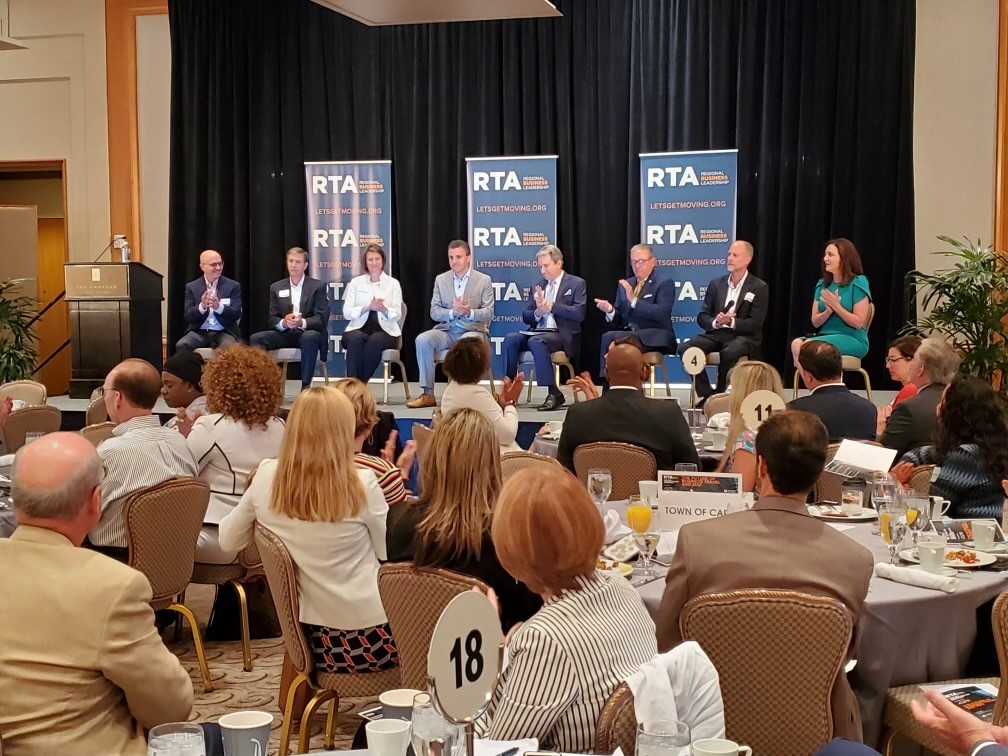 Thank you to the more than 150 guests who attended Friday’s RTA 2021 Transportation Breakfast presented by the Research Triangle Foundation of NC on July 9.

The centerpiece of the event from an RTA advocacy standpoint was a panel discussion of several RTA RDU AID task force members concerning the findings of the just-released RTA report on capital infrastructure funding options.

The report covered the current financial landscape of the airport, and came to the following overall recommendation:

To resolve the looming future capital funding shortfall at RDU, this region must take true ownership of RDU’s financial future, by quickly raising or activating the airport user fees it can, modernizing and increasing local funding, and elevating and aligning the RDU 2040 campus vision with revenue reality.

The task force identified a number of key findings. Some highlights include:

In addition to the overall recommendation listed above, the task force developed a series of funding and policy recommendations at the federal, state, airport, and local/regional levels. Some examples are:

None of these recommendations by themselves will resolve the funding gap. All or many of them in concert would make a significant positive “dent” in resolving the gap.

Our initial near-term priority will be helping RDU secure federal funding, although there will be other priorities that we simultaneously pursue.

While the regional business community believes that each of the recommendations in this report are reasonable to consider, our primary focus is not on any particular revenue option. Rather, our goal is to activate an effective regional conversation on the need for finding – and funding – viable solution paths.

You can read more about the conversation at the RTA Breakfast in these recent news articles:

The future of RDU is essential to our community’s success. The regional business community is committed to giving that future the focus it deserves.

RTA is the voice of the regional business community on transportation in the Research Triangle area.
RTA represents more than 100 leading businesses and 25 member chambers of commerce in central and eastern North Carolina.