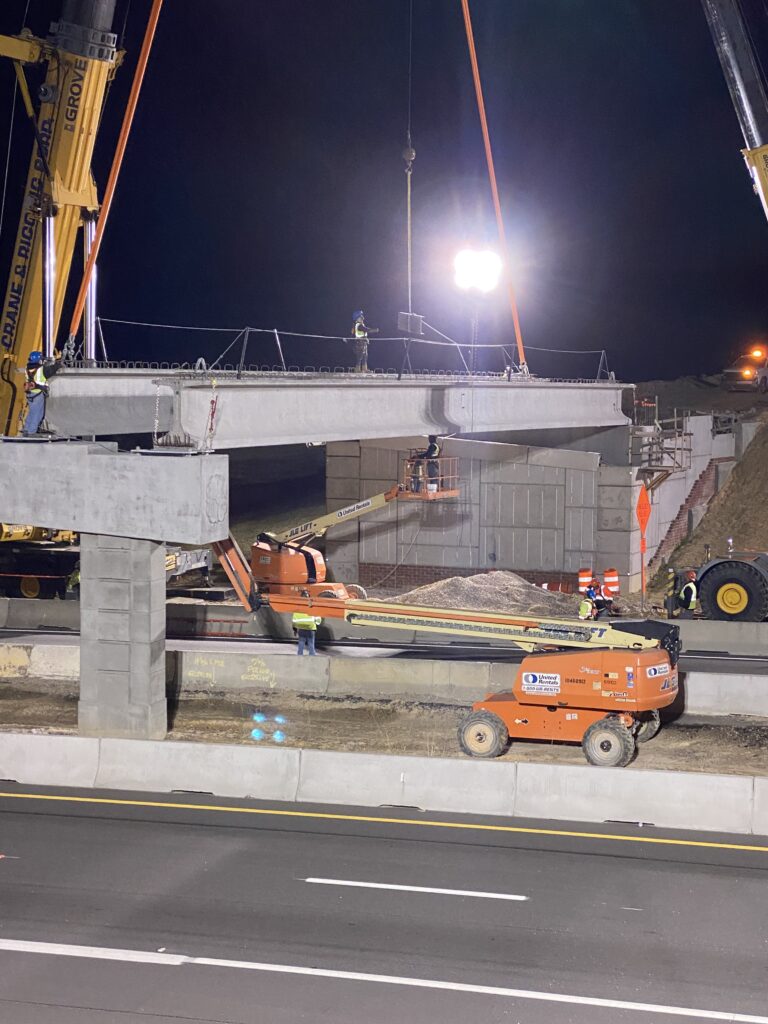 A few weeks ago, I had the opportunity to visit the ongoing construction of Southern Wake 540 at the I-40 / future I-42 interchange, thanks to a kind invitation from RTA Leadership Team member WSP.

While the installation of girders for future flyovers was impressive, what was most exciting to me were the thoughts of how communities across several counties will have a new, resilient, 70 MPH, all-day multimodal freeway in just a few years.

Upon its opening, likely sometime in 2023, the new freeway linkage will provide a complete bypass of all I-40 interchanges in Wake County and Research Triangle Park.

Its opening will also help unify the metropolitan Triangle and nearby areas of rural eastern North Carolina.

Thank you to the NC Turnpike Authority, NCDOT, the Capital Area MPO, our members, and this region for the decade-long dedication that is making this vital connection a reality.

RTA is excited about the progress of Southern Wake 540, and we are pleased to endorse the Turnpike Authority’s proposal to significantly accelerate the completion of Eastern Wake 540 from I-40 to I-87— which would link with existing I-540 in Knightdale and complete the entire 540 loop.

RTA is the voice of the regional business community on transportation