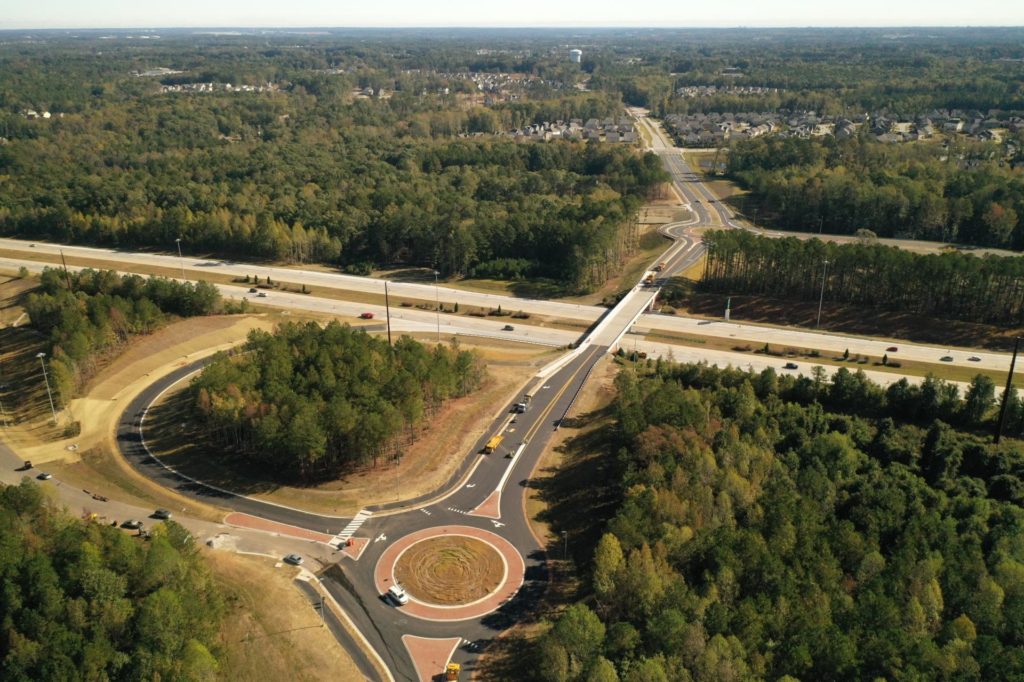 The Regional Transportation Alliance has been promoting the potential of roundabouts to provide a safer, more efficient exchange between roadways for many years.

Roundabouts can also be used instead of traffic signals for freeways — not on the uninterrupted through movement of course, but at the ends of the freeway ramps where they connect with intersecting roadways.

However, while these have been used for decades in other states and nations, and for years elsewhere in North Carolina, the Triangle has never had a completed roundabout interchange before. 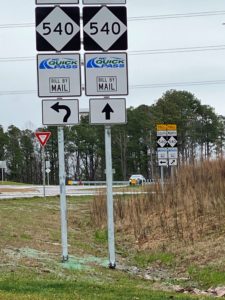 The Morrisville Parkway interchange with the 540/Triangle Expressway turnpike opened to traffic earlier this month. Located in Cary, the exchange includes a roundabout on either side of the bridge over 540, and provides simple access and egress to and from the freeway.

Round and round we go, to safer and more efficient travel.